I have been through this process – twice!

Your best chance of success is with custom designs that fill voids in small niche markets with minimal competition.

True story – I was once in an elevator at the International Home Furnishings Market in High Point, North Carolina and overheard a conversation between two sales reps.

25 years ago I put together a team that designed an entire line of unique modular sofas and sleepers.

When we had 20 prototypes ready for presentation, we hired a furniture industry mergers and acquisitions specialist, who had contacts with the top executives of several manufacturers.

We licensed our designs (and patents) to a major manufacturer.

Lessons learned from this experience:

10 years after the events described above, I put together another team and created another product line.

For those who are interested, here is a description of the furniture concept that resulted from what is described above. High quality sofas, sleepers and sectionals that fit through impossibly narrow doors and stairways (and also last forever.) 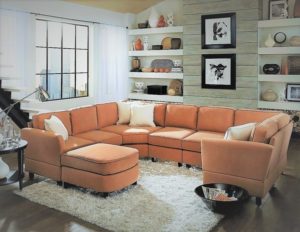