Why don’t they make doors wide enough for furniture to fit through?

Prior to the 1950s building codes that specified the minimum width for doorways were almost non-existent in the U.S.

Small scale furniture is far more common in Europe and Asia than in the U.S.

Over the past few decades, as wider doorways in new construction became more common, the size of American furniture began to grow.

This problem was particularly acute for upholstered furniture.

The solution may seem obvious, but there was a problem.

The furniture buying public had become aware that the larger scale seating was usually more comfortable than the older, smaller-scale styles.

Over the past 20 years furniture manufacturers and retailers have realized that there is a real need for smaller scale seating.

Filling this void, however, is not as simple as it may appear.

The “small scale” niche furniture market (in the U.S.) was large enough to attract the attention of major manufacturers, but not big enough to compel major design changes to their products.

Length is not always the determining factor for whether a couch will fit through a narrow door or stairway. 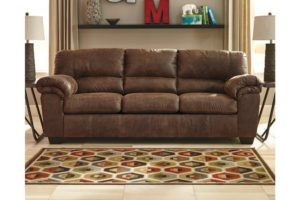 The seat depth is 22″. The minimum width of doorway required for delivery is 32.″

This is standard for most sofas currently sold in the U.S.

Simplicity Sofas is a U.S. manufacturer that specializes in sofas, sleepers and sectionals that fit through narrow doors and stairways.

The seat depth is 21″. The minimum width of doorway for delivery is 15″ (fifteen inches.) 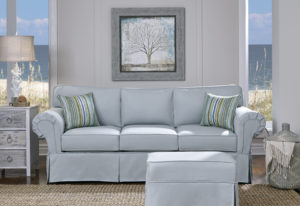 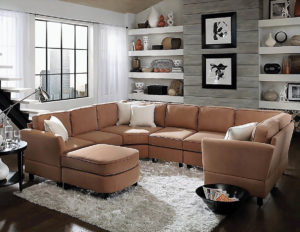