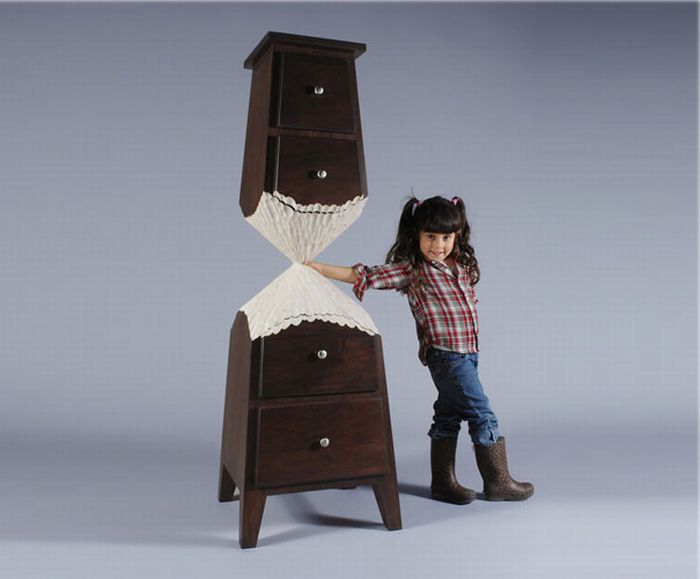 Is Cheap Furniture Copied from the Designs of More Expensive Brands?

When IKEA was first introduced in the 1950s and 1960s, its “cheap furniture” was unlike anything that had existed previously.

IKEA furniture was absolutely not copied from more expensive brands.

True story – At the 1978 International Home Furnishings Market I was standing in an elevator in one of the high-rise buildings dedicated exclusively to Furniture Manufacturer’s Showrooms.

Two salespeople standing behind me in the elevator, were discussing a competitor’s new design that had generated tremendous interest from major retailers on the first day of the 10 day Market.

They were discussing whether their company would have a knockoff sample available in their showroom within 24 or 48 hours and how much cheaper it would be.

Furniture knockoffs are far less common now than they were several decades ago.

There are fewer high-end manufacturers who create their own original designs.

Large mass producers no longer get most of their designs and styles by copying more expensive competitors.

Manufacturing simplicity (reducing or eliminating the need for high-priced craftspeople.)

Production efficiency. (How many pieces can be built each hour?)

Standardizing on a minimized number of mass-produced materials and components produces significant cost savings when purchased in bulk.

A large percentage of furniture manufacturers have disappeared since the beginning of the 21st century.

The last Recession, from 2007 through 2010, decreased the number of furniture manufacturers in the U.S. by approximately 40%.

About 20% of retailers closed down during those same 4 years.

Many smaller retailers were bought out and absorbed into larger retail chains.

The furniture industry is now dominated by huge mega-retailers with annual sales above $1 billion.

Prior to 1990, the top 100 furniture retailers accounted for less than 25% of total U.S. furniture sales.

According to Furniture Today, in 2021, the top 100 furniture retailers accounted for 85% of U.S. furniture sales.

All reported annual sales of over $2 billion.

Large retail chains buy most of their furniture from manufacturers who can supply all of their stores nationwide (or regionally.)

It is impractical for large retailers to buy much from small factories that cannot supply multiple stores or warehouse products.

The result is that there are far fewer unique furniture designs available now.

Most of the small companies and independent designers that developed new designs no longer exist.

Furniture styles appear generic because that is what they are, except for the very highest priced and custom built pieces.